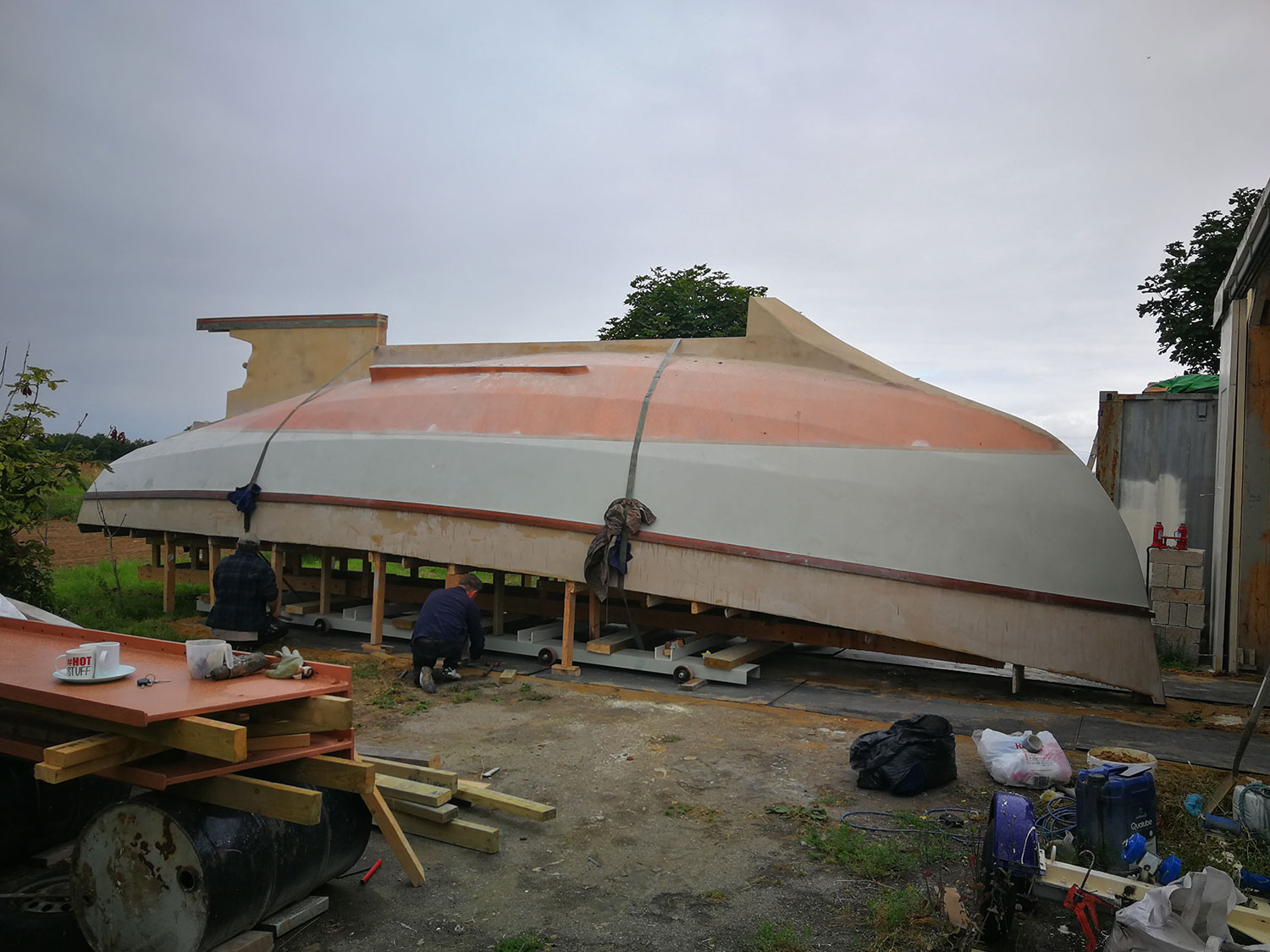 Once we had our roadway done and had formed a plane, we needed to jack the boat up off the floor and support it on our two caterpillars 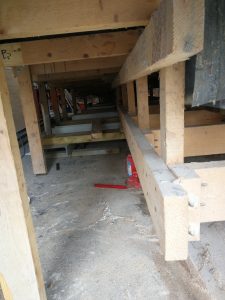 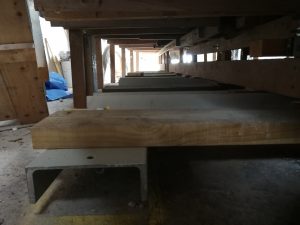 Once the build frame was supported on the caterpillar we could think about pulling her out of the workshop for the first time. This was going to be done by using the winch on the front of the range rover using a two part purchase. I was still not convinced that I would be able to get it to move. 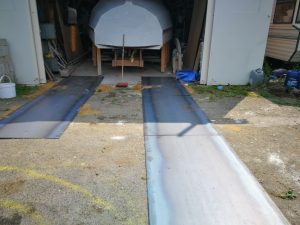 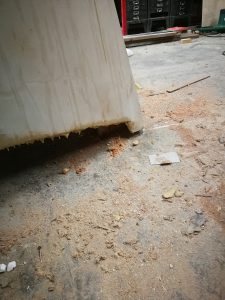 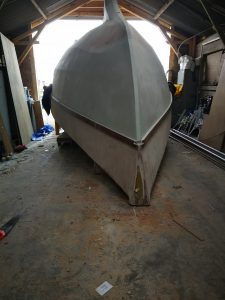 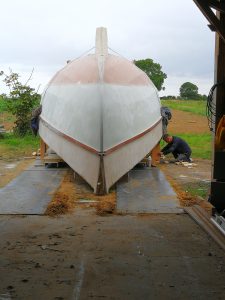 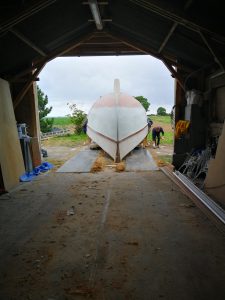 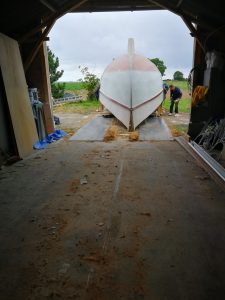 Then we were there outside was not sure how I Felt at this point, couple of old boys and a small winch and we had moved it without injuring anyone 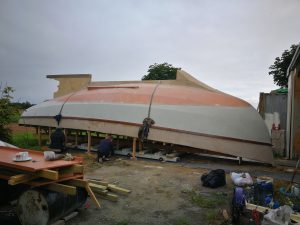 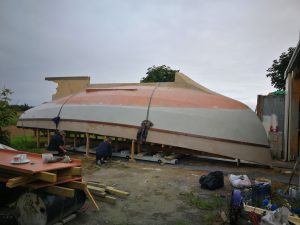 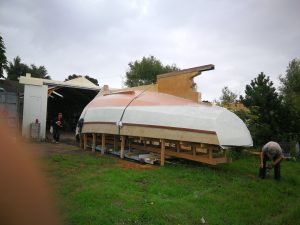 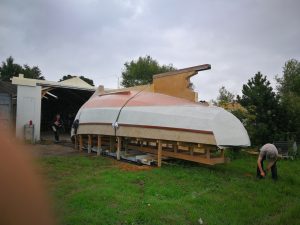 What was learnt, have lots of bottle jacks we had 6 rated at 12 tons