Moving The Hull, the turn over 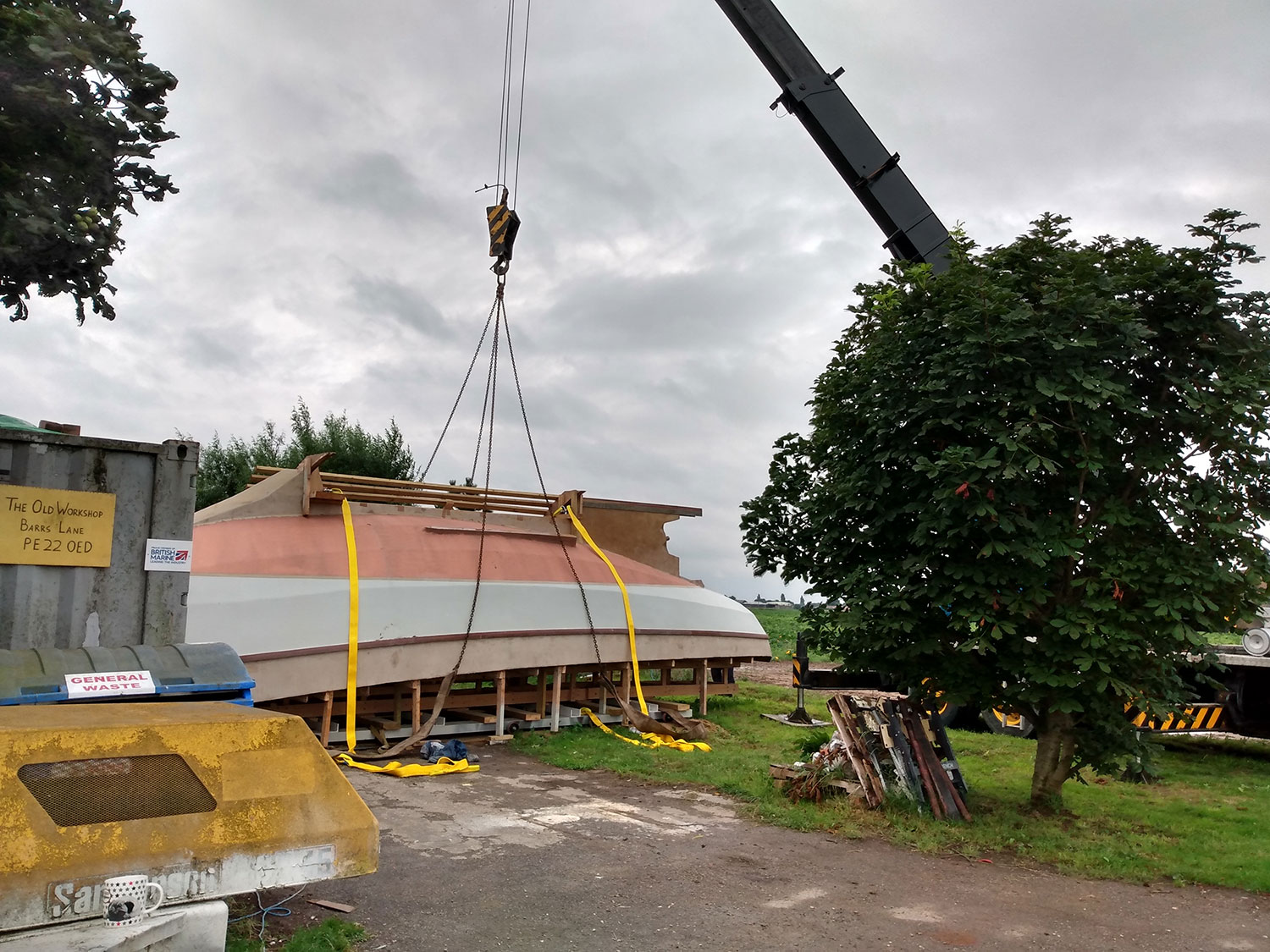 Well we had done all our prep work, I lost a little more hair, the co op ran out of tea bags and I almost started smoking.

But the day was set for a Tuesday and my friend Paul had the crane free so we were going to go ahead.

On the Monday Paul phoned and was concerned about the amount of wind forcast so we made a decision to cancel it by one day and move the lift and roll until the Wednesday. This was to be a mistake.

Tuesday came I had nothing to do except look and think, now ladies will tell you how dangerous it is to let a man look and think and yes I decided that the lifting strops were too short and needed to be lengthened by 3 meters, always trust your first gut instinct don’t fiddle and change things.

So with new longer strops, were ready for Paul on the Wednesday morning.

Once we had set up the first thing for Paul

was to make sure we had tea, then we were going to make the first lift off the caterpillars and place the hull into the field. Yes, my heart was skipping as the hull moved into the air, but the whole point in messing with heavy lifts is never to show emotion keep calm, and don’t shout and never lose your cool.

Once this was done we had to get on with the main purpose and that was to turn the hull.

The idea of the turn was that there would be enough tension on the strops to allow a turn but also to break the speed so it was controlled, do you remember those idle hands well this is where I really messed things up. I had extended the strops so the cran could not take the slack out of the strops giving no breaking effect but lots of splintering and hearts in the mouth and I believe paul just went white.

Yes we had damage, but remember the rule don’t lose your cool I decided to go and make tea I went right out of the way spoke french with some welsh called myself the biggest idiot going  plus a few other choice words then once we had tea and I told everyone it was ok and not a big deal,  we started on the recovery.